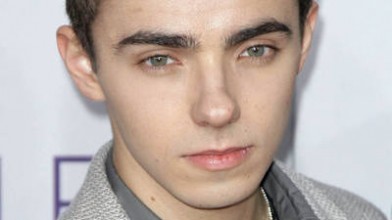 The Wanted are worried about bandmate Nathan Sykes as he prepares to have throat surgery in a procedure that places the bands commitments on hold.

Nathan is to go under the knife on his haemorrhaging nodule on his birthday tomorrow and Siva Kaneswaran, Jay McGuiness, Max George and Tom Parker- are conceren the procedure will leav him unable to talk for up to a month.

A source told The Sun newspaper: “It’s not good at all. Nathan has battled with throat issues for a while but this is far more serious.

“After the once-over by the specialist, he was instructed to have almost immediate surgery. Naturally Nathan is really worried as if it doesn’t work, his career is over.

“The rest of the band are not only concerned about him but also about the group.

“It will be tricky to continue without him as vocals will have to be changed. All their worldwide commitments are having to be put on hold.”