LISTEN: One Direction preview Comic Relief single One Way Or Another 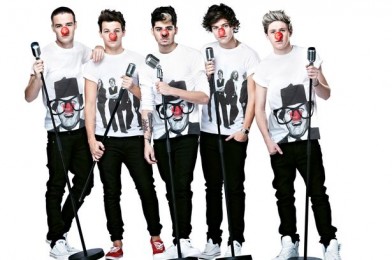 One Direction have released a teaser of their Comic Relief single, Blondie’s One Way Or Another for you to listen to and get all excited about.

Niall has said of the charity track, “We are really excited to be part of Red Nose Day this year. We recorded Blondie’s One Way Or Another and we really want the song to raise lots of money and for people to show their support by going out and buying themselves a copy.”

Louis Tomlinson added: “Getting the chance to perform Blondie’s song will be incredible. We’re so excited! Red Nose Day is a great excuse to have a lot of fun and to raise money, please get involved.”

The boys will perform the track live at this year’s Brit Awards at London’s O2 Arena on 20 February.

The song is the official Comic Relief 2013 single and it is available to pre-order below now.

Watch the teaser below: