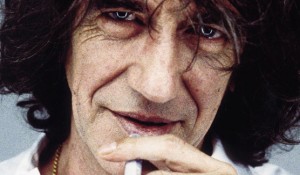 Howard Marks has led an extraordinary life. Born into the sleepy valleys of Wales he somehow found himself living the slackers life at Oxford in the late sixties.

The academic life, although he bluffed his way through, wasn’t really for him. From there, and his own liking for smoking, he drifted into the world of drug trafficking. You can’t help but feel, especially after reading his autobiography, Mr Nice, that he really was as the title suggests; just an ordinary Joe who ended up scoring for his friends world-wide on the grandest of scales.

There will always be a demand for the relatively harmless cannabis plant in it’s various forms, and Howard was merely providing a service and making a few bob for himself. Quite why he should be pursued across the globe with a mind-boggling determination by DEA officers painted as cruel and vindictive by Howard is open to debate.

Their determination to stop Howard and his contemporaries from operating merely welcomed the organised crime element to feast on the rotting corpse of prohibition that successive governments around the world have created and allowed to prosper.

The higher profits soon ensured that the nasty, violent criminal element that had traditionally been involved in ‘hard’ drugs entered the chain that ended with the casual spliff toker who would unwind at the end of the day with a cool little number. Despite the harsher penalties and tough talk from governments like our present New Labour the drugs problem continues to spiral.

But is the Government listening to its people? The government actually delayed the publication of the latest World Health Organisation report on cannabis use and effects. We can only assume that they didn’t want us to know that cannabis has been confirmed as having only beneficial effects – ask any MS sufferer who’s tried it.

All the old misconceptions are gradually falling away. That old chestnut about leading you on to harder drugs has finally been scotched by the Dutch model, where an ageing, dwindling junkie population now exists since decriminalisation.

This government was voted in because the people of our country wanted change. It promised to be a reforming government that would undo some of the evils of Thatcherism that has blighted many ordinary people’s lives. Sadly it seems that Tory Blur and Co. aren’t listening. They will though; when even such straight-laced conservative organs as my local evening snoozepaper start running articles that reflect the changing attitude towards cannabis you can guarantee that sooner or later the New Labour spin-doctors and Focus Groups will sit up and take notice. Meanwhile millions of normal people in this country will relax with an extremely pleasant natural herb cigarette, regardless of what the law says.

Stick that in your pipe and smoke it Tony – and don’t forget to inhale.

Kool had a quick chat with Howard via the wonders of e-mail. This is what he had to say:

HM: High Nick
K: You’ve been through so much over the years. Do you have any regrets, and would you do it all again?
HM: I have a few regrets. The main one is risking my wife’s incarceration. I had no idea I was doing this. So, I suppose the real regret is not knowing enough about American law before breaking it. I would certainly do it all again, but I’d be tempted to leave out the bad bits.

K: Do you ever have contact with Craig Lovato, and have you ever forgiven him for how he treated you?
HM: No. There’s nothing to forgive. He’s like any other DEA agent, and like all Americans, best ignored.

K: Will you ever get involved with politics again, in view of the raised profile that you have at the moment?
HM: Probably, but I don’t want to be a politician because almost all of them are utterly insincere.

K: Do you think the decriminalisation or legalisation of cannabis will ever happen in England, and if so in what timescale?
HM: One day for sure, but not during the present term of the Labour government.

K: What do you think of Tony Blair’s governments handling of the drugs issue ie the Jack Straw farce, and the lack of openness or debate of it by Ministers? (I gather all ministers are currently told by party spin-doctors not to discuss the drug issue).
HM: Sinister, vile and offensive.

K: Do you think Tony Blair has ever smoked a spliff – after all he’s supposed to be young and trendy and played guitar in a band so there has to be a good chance!
HM: Clearly not one strong enough to make him think.

K: I get the impression that you are against ‘hard’ drugs as you never smuggled them. Do you have any stance on hard drugs or do you consider them to be a completely separate issue from cannabis?
HM: I support the legalisation of all drugs, but I rarely use anything other than cannabis.

K: What advice have you given your own children on drugs, if any?
HM: To know as much as possible about the drug before taking it.

K: Are you going to collaborate with the Super Furry Animals again in the future?
HM: I would think so, but there are no definite plans at the moment.

K: Have you got any message for Kool readers about life or drugs?
HM: Stay high! Take care, 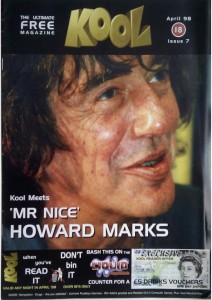