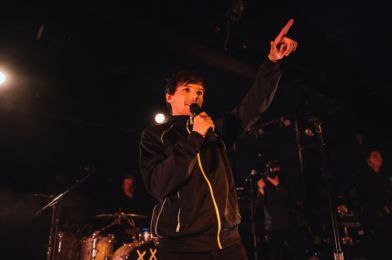 BRITs Week Together With O2 For War Child continued last night with an unforgettable and intimate affair from global megastar Louis Tomlinson. The enthusiastic crowd at London’s Scala were treated to a one-off show from Louis, as he showcased songs from his debut album Walls, which has just entered the UK Official Albums Chart at No.4 and the US Billboard Top 200 at No.9.

Before the performance, Scala’s attentive crowd was silenced by a speech from War Child’s Youth Advocate Mimi, who grew up during the Libyan civil war and now advocates for psychosocial support for children affected by conflict and gender-based violence.

The series continues tonight with Tom Walker playing Omeara, plus up close and personal performances to come over the next two weeks from Sigrid, Bombay Bicycle Club, FOALS, Gang of Youths, Tom Grennan, Nothing But Thieves and Bastille Reorchestrated. Full listing below