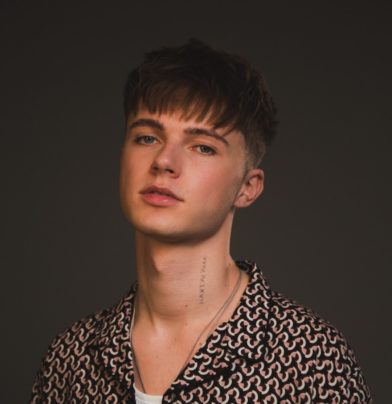 After teasing the track earlier this week, pop sensation HRVY returns with the triumphant new single ‘Me Because of You’. Produced by Earwulf (Zara Larsson, Charli XCX) and co-written with Tom Mann (Lewis Capaldi), Peter Hanna (Nick Jonas) & Thomas Eriksen (Ava Max), the track is his first release following an incredibly successful 2019 that saw him travel to over 23 countries. ‘Me Because of You’ is available now via Virgin EMI to stream and download.

Listen to the track here: https://HRVY.lnk.to/MEBCOFUPR

Talking about the new single HRVY says, “I’ve never felt more connected to music that I’ve created and the last couple of years have been a huge learning curve and have helped me write much more emotive songs as I’ve actually been able to experience real life events.”

‘Me Because of You’ is an immediately attention-grabbing experience with it’s stripped acoustic start going full-throttle into a euphoric anthem. The track sees HRVY’s vocal explode into life, fuelled by heavy duty, powered bass, furthering the 21 year-old’s patented brand of creating attitude-filled, melody-heavy, acerbic pop.

HRVY co-wrote the song following a fan’s comment on his Instagram which inspired the new single. He recalls the story: “This song is super important to me, it came from a fans comment on Instagram which is mad to say that it’s now become its own song. I remember sitting on a plane on the way back from Asia and thinking of a way to represent this new music and new me. I drew a really terrible sketch on my phone of the world that me and my music lives in.“

HRVY’s quest to craft the perfect pop song is connecting with an astronomical audience worldwide, with 20,000 tickets already sold for his 2020 World Tour including UK, Europe, US, Asia and Australia starting April.. At just 21, HRVY is already a global star. There’s a natural spark between him and his ever-expanding following – ‘Me Because of You’ showcases a musician truly coming into his own, embraced by fans who are experiencing similar growing pains as they transition into adulthood.

HRVY has 4.8 million Instagram followers, over 2.5 million YouTube subscribers and more than 1 billion combined streams to his name. 2018 saw him perform his biggest ever UK headline gig at London’s Hammersmith Apollo and last year saw him performing at Radio 1’s Big Weekend sharing the same stage as Mark Ronson, Miley Cyrus, Stormzy and Charli XCX – both proving to be landmark moments in the pop star’s career.

Everything is falling into place for HRVY to become the UK’s next pop icon.