BRITs Week together with O2 for War Child 2020 shows announced 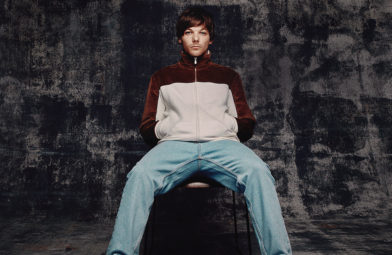 BRITs Week Together With O2 For War Child returns for its 6th year and another incredible series of gigs, giving fans the opportunity to see the biggest names in music in intimate venues across London – all whilst raising money for children whose lives have been torn apart by war. War Child UK raised an estimated £502,000 through BRITs Week shows last year. BRITs Week is produced by AEG Presents, BPI and War Child, the charity for children affected by conflict. The event series is sponsored by O2.

London will once again welcome an amazing selection of artists for a number of one-off gigs taking place between 8th and 22nd February around The BRIT Awards 2020 with Mastercard, to celebrate another phenomenal year for British Music. Amazon Music will be joining this year’s BRITs Week series as Official Digital Music Partner, as an extension of their partnership with the BRIT Awards 2020. You can check out the official BRIT Awards 2020 playlist on Amazon Music now.

The prize draw is open now and closes at 23:59 pm, Monday 3rd February. To enter the prize draw and win tickets to see the artist of their choice music fans can make a £5 donation to War Child at www.britsweekwarchild.co.uk. To maximise the chance of winning, fans can enter as many times as they like. There will also be a limited number of tickets for sale from 9am on Friday 17th January.

*For the Bastille and Catfish and The Bottlemen shows the prize draw will open once the limited tickets have sold out.

Tickets for some of the shows will be available to buy exclusively to O2 customers via Priority Tickets from 9am Wednesday 15th January.

BRITs Week will be partnering with Twickets across all shows as their ethical resale partner to ensure tickets for the shows can only be sold at face value.