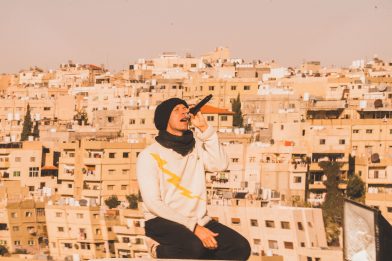 Coldplay have just completed two stunning, live-streamed performances in Jordan. Yesterday, the band gave two unprecedented live performances in Amman, Jordan – on top of the capital’s ancient Citadel – one at sunrise, the other at sunset.

The performances were live-streamed on YouTube and mirrored the two halves of Coldplay’s brand new, 52-minute double album Everyday Life, out now via Parlophone.

The Sunrise concert began at 4am GMT, with the Sunset concert following at 2pm GMT. Both are available to watch back now.

Watch the band’s first performance of the Sunrise part of their new album Everyday Life (out now, listen at https://coldplay.lnk.to/EverydayLife) at sunrise in Jordan. You can watch the second part of the album performed during sunset in Jordan by clicking the link at the end of this video.

Watch the band’s first performance of the Sunset part of their new album Everyday Life (out now, listen at https://coldplay.lnk.to/EverydayLife) at sunset in Jordan. You can watch the first part of the album performed during sunrise in Jordan by clicking the link at the end of this video.

Coldplay have also announced a special one-off show at London’s Natural History Museum this Monday 25th November. All proceeds from the show will go towards the work of ClientEarth, an environmental charity which uses the power of the law to protect the planet and its people.