Camila Cabello honoured at Save The Children’s Centennial Gala 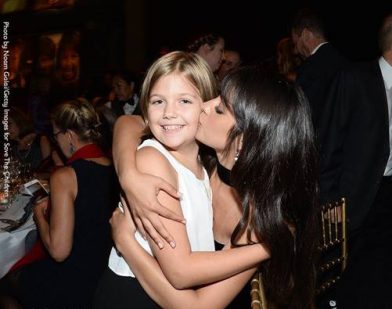 Save the Children – the international humanitarian organisation – held a celebration in recognition of its centennial anniversary on Thursday night, where Ambassador Camila Cabello was presented with the Voice Award. Presented by the organisation’s CEO Carolyn Miles, the award recognises Camila’s continued effort to be a leader in shaping the future of philanthropy by speaking up on behalf of the world’s most vulnerable children.

Upon receiving her award, Camila recalled when she visited Save the Children’s programs in Puerto Rico in 2018. She said: “I didn’t know what to expect. I saw and read the news reports about the challenges and difficulties these families were facing. I was there a year after Hurricane Maria struck and I could still see its effects everywhere. What I saw when I met the teachers at the daycare and at the school left me speechless.” “Despite everything these families went through, they remained strong and hopeful. Their number one priority was making sure their kids were safe, healthy and back in school as soon as possible. Save the Children was there for them.”

Camila concluded her award acceptance speech by announcing her pledge to raise $250,000 for Save the Children, including its programs for refugees of conflict from the Middle East to Africa, children in poverty everywhere, children’s health and education programs, and programs supporting gender equality.