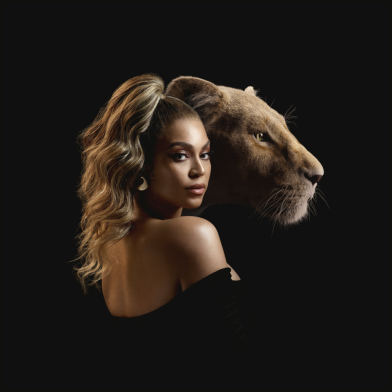 The remake for ‘The Lion King’ is set to hit cinemas on 19th July, and in addition to the highly anticipated soundtrack, a second album, called ‘The Lion King: The Gift’ is also going to be released.

Produced by Grammy award winning superstar Beyoncé, who also stars in the film as Nala, this album will feature additional songs, and will include brand new track ‘Spirit’, a powerful ballad which will set the scene for a crucial moment for Nala in the movie.

It was important to Beyoncé that the album pay tribute to the iconic film, as well as bringing attention to talented African artists and authentic sounds into the project.

“This is sonic cinema,” said Beyoncé. “This is a new experience of storytelling. I wanted to do more than find a collection of songs that were inspired by the film. It is a mixture of genres and collaboration that isn’t one sound. It is influenced by everything from R&B, pop, hip hop and Afro Beat.”

“I wanted to put everyone on their own journey to link the storyline,” she continued. “Each song was written to reflect the film’s storytelling that gives the listener a chance to imagine their own imagery, while listening to a new contemporary interpretation. It was important that the music was not only performed by the most interesting and talented artists but also produced by the best African producers. Authenticity and heart were important to me.”

Catch Beyoncé, and the rest of the cast of The Lion King, including Donald Glover, James Earl Jones, Chiwetel Ejiofor, and Billy Eichner in cinemas next week. Keep your eyes peeled for a Pop Scoop review of the film coming very soon!