Ed Sheeran unveils the tracklisting for his No.6 collaborations project! 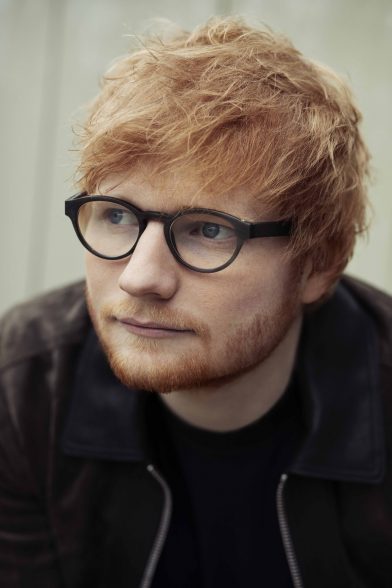 Ed Sheeran has unveiled the official tracklisting for his ‘No.6 Collaborations Project’, confirmed for release on 12 July via Asylum/Atlantic.

The 15-track LP, that includes 22 collaborators, will feature an all-star cast of Sheeran’s favourite artists including Cardi B, Camila Cabello, Khalid, Eminem, Travis Scott, Justin Bieber, Bruno Mars, Stormzy and many more! The full tracklisting can be found below. 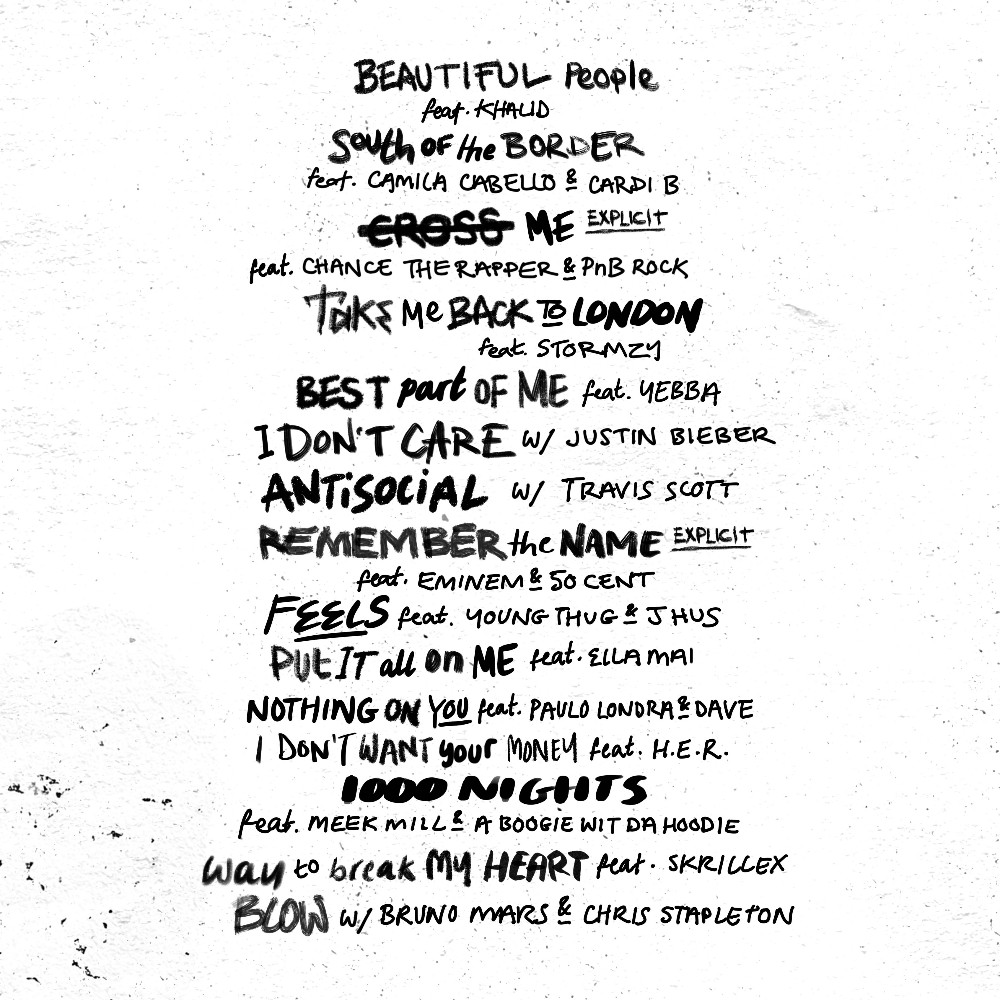 Ed Sheeran says – “I’m a huge fan of all of the artists I worked with on the album. Whether I’ve been following them since the beginning of their careers, or had their albums on repeat, they’re artists that inspire me and all bring something special to each track. Can’t wait for you to hear it!”

The tracklisting news follows the release of Sheeran’s global hits ‘I Don’t Care’ with Justin Bieber and ‘Cross Me’ feat. Chance the Rapper and PnB Rock – the tracks, which have amassed over 750 million global streams to date, both feature on the upcoming release.

Already one of the biggest hits of the year, ‘I Don’t Care’ secured itsfifth consecutive week at No.1 in the UK’s Official Singles Chart last Friday.

South of the Border feat. Camila Cabello & Cardi B

Cross Me feat. Chance the Rapper and PnB Rock

Take Me Back to London feat. Stormzy

Best Part of Me feat. Yebba

I Don’t Care with Justin Bieber

Put It All on Me feat. Ella Mai

Nothing on You feat. Paulo Londra & Dave