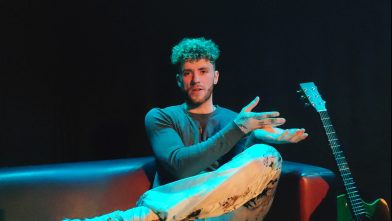 We caught up with Connor Mullally-Knight – or just Mullally to you and us before his amazing acoustic gig (Thursday 25th April 2019) in front of his home crowd at Norwich Waterfront.
Our resident reporter Gary Roper, an old friend of the talented artist had a post gig catch-up. Check out the interview below.

Pop-soul singer Mullally began his musical venture at the age of just 16, where he played the guitar, wrote and recorded music in a band with his 3 best friends before going solo at the age of 18. Originally from Great Yarmouth, he studied Artist Development at the prestigious Access to Music College, the starting point in the careers of Rita Ora and Ed Sheeran.

Now 22, Mullally packs a soulful punch that makes him stand out from those predecessors and will see him reap that level of success.