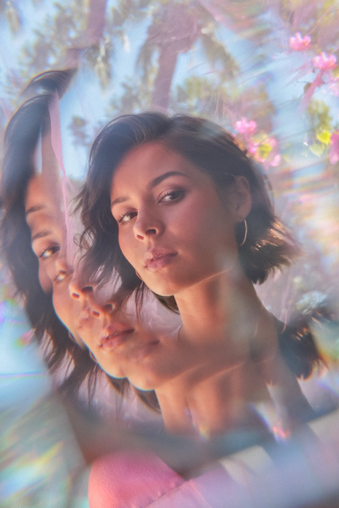 Following last night’s sold-out gig at London’s Islington Assembly Hall, Nina Nesbittcontinues her upward trajectory by sharing the video to new single ‘Love Letter’ from her critically acclaimed second album ‘The Sun Will Come Up, The Seasons Will Change’ – which has reached a huge milestone surpassing ¼ billion streams.

New single ‘Love Letter’ reaffirms Nina’s status as one of pop’s heroines with a nod to the great R&B pop music of the 1990s and early 2000s.

Nina’s previous pop juggernaut ‘Loyal To Me’ was playlisted at both Radio 1 and Radio 2and saw Nina’s monthly listeners peak to over10 million – ‘Love Letter’ follows in its footsteps with it currently playlisted at Radio 2. The video was shot whilst Nina played her sold-out tour in the US last month – the track is destined to have you up on the dance floor.

The tour video for ‘Love Letter’ – Download or stream the song here: https://NN.lnk.to/TSWCUYo The new album, ‘The Sun Will Come Up, The Seasons Will Change’ is out now!

Nina says, “Love letter is the sibling of Loyal To Me and an ode to 90/00s r&b pop. It’s an empowering anthem that you can sing loudly into your hairbrush”.

Nina’s sophomore album made waves when it came out earlier this year receiving rave reviews across the board and shows Nina at her lyrical and musical best. ‘The Sun Will Come Up, The Seasons Will Change’ features production from Lostboy (Anne-Marie),Fraser T Smith (Adele, Drake, Gorillaz, Florence and the Machine), Jordan Riley (Macklemore, Zara Larsson) and Ninaherself. Nina has also been confirmed to headline Australia and New Zealand for the first time and will be supporting Jess Glynne on tour from June to August. The album can be purchased here.

The Sun Will Come Up, The Seasons Will Change by Nina Nesbitt

Preview, download or stream The Sun Will Come Up, The Seasons Will Change by Nina Nesbitt