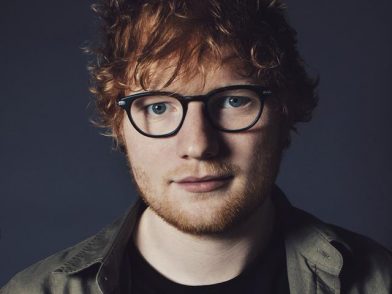 Ed Sheeran, will play a one-off intimate show on Sunday 14 July in aid of leading West End education charity, the Theatre Royal Haymarket Masterclass Trust (“Masterclass”). The show will be the inaugural event in the ‘Live at the Haymarket’ series.

Held at the majestic Theatre Royal Haymarket, owned by Access Entertainment, Ed will break from his worldwide Divide Tour for the exclusive performance for 850 people. He is one of the world’s greatest artists of today and his support for Masterclass is invaluable, encouraging the next generation of UK artists.

Ed, who was awarded an MBE for his services to Music and Charity in 2017, said: “Masterclass is an important charity and it’s one that I’m proud to be supporting. It’s going to be a special night playing at this iconic venue.”

The performance by Ed Sheeran is the first event in the ‘Live at the Haymarket’ series, which will bring the world’s greatest musical talents to the stage of the Theatre Royal Haymarket.

Commenting on the event, Sir Leonard Blavatnik, said: “It’s wonderful to have the unrivalled talent of Warner Music’s Ed Sheeran to launch our Live at the Haymarket series. His support of Masterclass and his belief in the future of this country’s young talent is truly appreciated.”

Masterclass has been advancing the education of 16-30 year olds through drama for more than 20 years. With support from inspirational ‘masters’ of the stage, screen and studio, Masterclass is devoted to building the UK’s future talent, nurturing creativity, building self-esteem and confidence. Masterclass alumnus include a wealth of stars from Idris Elba and Bradley Cooper to Simon Callow and Dame Helen Mirren – each of whom have been empowering figures contributing to the programme delivery, aiding the career development of thousands of young people.

Blayne George, Programme Director for Masterclass, commented: “Ed Sheeran is one of the world’s music greats. He’s a truly inspiring role model for millions of young people and we are incredibly honoured to be working with him on such an exciting evening, encouraging and supporting the next generation of creative talent.”

The limited number of 850 tickets are only available via a ticket lottery. For details on how to register for the opportunity to purchase tickets, please visitwww.trh.co.uk/LiveAtTheHaymarket.