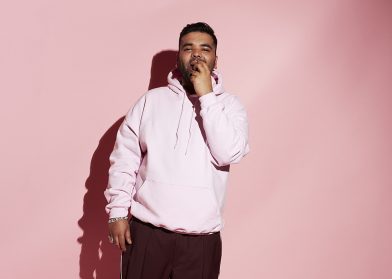 The video was beautifully shot in a recording studio in Wood Green and it is a clear example of Calum’s emotive and powerful voice. You can watch it here.

The track continues Naughty’s passion for collaborating with big talents, having teamed up with everyone from Rihanna, Emeli Sande and Ed Sheeran to Wiley and Wyclef Jean. He is currently working on his second album, the follow-up to his critically acclaimed debut Hotel Cabana (#2 in the UK).

Of the unusual pairing for the track Naughty Boy said “I’m excited about Calum Scott and Shenseea for different reasons, I enjoy bringing people together that you wouldn’t expect but when you hear the song it makes so much sense. I feel like they are both fresh and vibrant artists.”

‘Undo’ is out now via Virgin EMI Records: https://NaughtyBoy.lnk.to/Undo