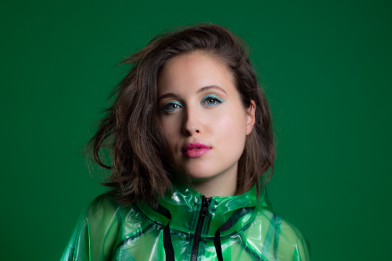 Berlin-based, British singer songwriter Alice Merton gets ready to release her much anticipated debut album MINT, which includes the singles ’Lash Out’, ’Why So Serious’, ’Funny Business’ and the platinum selling ‘No Roots’, on 18th January 2019.

After garnering much attention with the explosive self-release of her debut single ‘No Roots’, Alice Merton has gone on to build a strong international fanbase, reaching 250M streams and 150M YouTube views so far, with ‘No Roots’ certified Platinum in 7 countries, reaching the Top 10 single charts in 10 countries and recently going GOLD in the US.

MINT stands as a testament to Alice’s autobiographical and heartfelt writing, with driving rhythms underpinning catchy choruses and themes of female empowerment and unavoidable insecurities of youth, and her sense of independence; illustrated by the fact that, as well writing and recording the album herself, Alice set up her own label with her manager to release the record, and has produced a series self-directed music videos as part of the campaign.

In the US, partnering with label Mom + Pop Records, Alice has continued to build on the success of ‘No Roots’, touring with the likes of Vance Joy and The Killers, featuring in Billboard Magazine and performing on both Jimmy Fallon’s The Tonight’s Show and James Corden’s The Late Late Show, as well as receiving a nomination in the ‘Best Rock’ category at the Teens Choice Awards. Closer to home, Alice has played sold out tours in the UK, featured on Tom Odell’s latest single ‘Half As Good As You’, with radio support from Annie Mac and the Matt & Molly Show on Radio Oneand Radio 2, as well as coverage from MTV, Nylon, 1883 Magand others.

Alice will also be touring the UK this March, full dates below