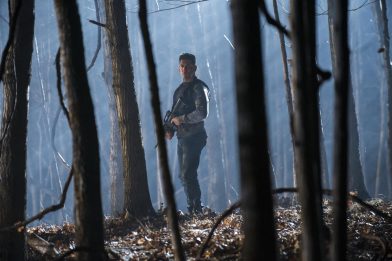 Frank Castle (Jon Bernthal) can run but he can’t hide from who he’s meant to be. Season two finds Frank in all too familiar territory.

With Castle’s former brother-in-arms Billy Russo (Ben Barnes) slowly beginning to heal from the traumatic brain injury Frank inflicted on him, it’s only a matter of time before Billy starts to put the pieces of the puzzle back together.

Former marine-turned-vigilante Frank has been living a quiet life on the road until he suddenly becomes embroiled in the attempted murder of a young girl (Giorgia Whigham). As he is drawn into the mystery surrounding her and those in pursuit of the information she holds, Castle attracts a new target on his back as new and old enemies force him to confront whether he should accept his destiny and embrace a life as The Punisher.