The Stranglers ‘Back on the Tracks’ UK tour March 2019 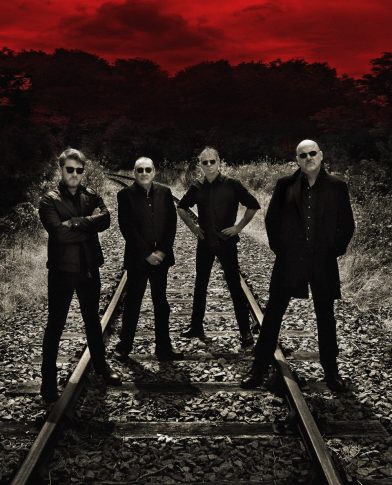 The Stranglers’ Back on the Tracks 19-date UK Tour kicks off in Belfast on 28th February culminating in what is bound to be another rousing finale in Manchester on Saturday 30th March.

During a hectic year of touring the Southern Hemisphere, Europe and the UK, The Stranglers have also been busy writing and rehearsing new material so audiences can expect to experience some of these new cuts, alongside classic favourites and lesser performed numbers drawn from their eloquent and extensive catalogue spanning over forty years.

First formed in 1974, the band’s no bullsh*t attitude was embraced by the punk movement of the late’70s, with their first three albums (Rattus Norvegicus, No More Heroes and Black And White) being released within an astonishing 13 months of each other, scoring hit singles such as Peaches, No More Heroes and Walk On By. Further success was to follow with Always The Sun, Strange Little Girl and the mercurial Golden Brown, amongst many others, earning the group 24 Top 40 singles and 18 Top 40 albums

Masters of their own highly original sound, that combines a brilliant melodic touch with dark aggression and effortless cool, The Stranglers are now recognised as one of the most credible and influential bands to have emerged from the punk era.

With record-breaking, sell-out shows and festival appearances in the UK and throughout the world, demand to see and hear the band is at an all-time high, testament surely to their considerable musical talent and enduring quality of their songs.