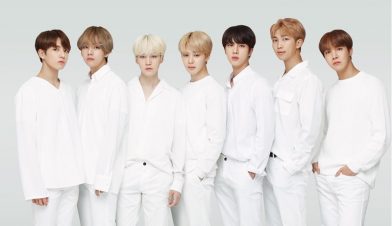 BTS will continue their world tour across major cities in North America and Europe, which include Los Angeles, Oakland, Fort Worth, Newark and Chicago in the U.S., Hamilton/Canada, London/U.K, Amsterdam/Netherlands, Berlin/Germany and Paris/France.

Meanwhile, BTS will release their third studio album Love Yourself 轉 ‘Tear’ on May 18. BTS is also set to perform a world television premiere of their new song in Las Vegas when they take the stage at the 2018 BBMAs.

Tickets for BTS go on-sale to the general public on 1st June 2018 at 9am at www.livenation.co.uk/