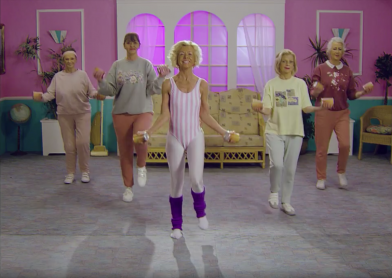 Today, The Wombats debut a cheeky new music video to accompany their new single ‘Cheetah Tongue’ from forthcoming fourth studio album, Beautiful People Will Ruin Your Life – see below to watch to ‘Cheetah Tongue’ via Billboard! The track was also the ‘Hottest Record in the World’ on Annie Mac’s BBC Radio 1 show.

Beautiful People Will Ruin Your Life will be out February 9th, 2018 via Kobalt Music Recordings and is available for pre-order now with ‘Cheetah Tongue’ joining ‘Turn’ and ‘Lemon To A Knife Fight’ as an instant grat.

“‘Cheetah Tongue’ is a song about dealing with the pressures of adulthood and failing miserably,” the band shared. “The opening song on the album and probably the most psychedelic.”

Having also debuted as Annie Mac’s ‘Hottest Record’ on BBC Radio 1, the album’s first single ‘Lemon To A Knife Fight’ has been a fixture on Radio 1’s B-List and has currently received nearly 4 million Spotify streams alone, as well as 22 global placements in Spotify’s New Music Friday and Apple Music’s ‘Best Of The Week’ and ‘A’ List. ‘Turn’ has now broken 4 million streams and building impressively at radio in the US.

2015’s ‘Glitterbug’ album, that debuted in the Top 5 UK Album Chart and Billboard 100, has received over 200 million digital streams, surpassing even the band’s euphoric hit singles ‘Let’s Dance To Joy Division’, ‘Moving To New York’ and ‘Kill The Director’, that established them as chart-quashing champions of the noughties guitar pop explosion.

2017 saw the Liverpool-bred trio headline Brixton Academy (which sold-out in under 24 hours), as well as two sold-out nights at the Sydney Opera House.

After a highly successful North American headline tour this month, the band will join The PIxies and Weezer in the US in June and July, as well as the following sold-out UK headline shows in March.