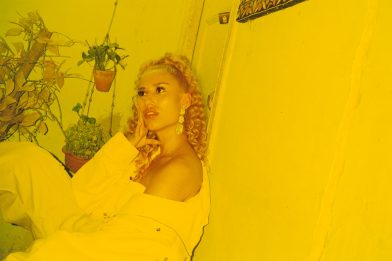 Today RAYE releases the stunning video for her new single ‘Decline’. The beautiful video was shot on location in Cuba by director Singh J Lee. Watch it here:

Released a couple of weeks ago, ‘Decline’ has already rocketed up the Shazam Charts smashing into the Top 5 of the UK Shazam Future Hits.

The track was Clara Amfo’s ‘Record of the Week’ on Radio 1 last week, alongside being playlisted on Capital FM and Kiss FM. ‘Decline’ also jumped to the No.2 position in Spotify’s ‘All New All Now’ playlist and has had over 1 million plays.

Decline’ is a smooth slice of modern pop featuring her stand out trademark vocal talents and Afro-beat star Mr. Eazi. Produced by music impressario Fraser T Smith, the song reworks the chorus medley from Ja Rule and Ashanit’s ‘Always On Time’ to create a brand new tune built for 2017.

The track is taken from an upcoming project that RAYE has curated featuring a number of collaborations with her artist friends. The new project will be released in early 2018.
RAYE is one of the UK’s hottest rising stars who has spent most of 2017 performing at major festivals including Glastonbury, Latitude and V Festival.

She has already racked up nearly 13 million streams of her music, whilst her last single ‘The Line’ was universally acclaimed by critics and spent the summer blasting from radio playlists.

19-year-old RAYE hails from South London and has been tipped by everyone from i-D Magazine, The Fader, 1Xtra, Vevo and The Hunger, to MTV, The Guardian, The Sun and the BBC Sound Poll (she was awarded third place). Her current CV includes two smash hit singles with Jax Jones ‘You Don’t Know Me’ and Jonas Blue ‘By Your Side’ and two stellar EPs.

RAYE has also established herself as one of the UK’s ‘go to’ hit songwriters, working with the likes of Charli XCX, Nas, Little Mix, Snakehips, Julia Michaels, Blood Pop, Ellie Goulding, Diplo and Naughty Boy.
As a songwriter her tracks have already amassed an amazing 397 million global plays on Spotify. Now with ‘Decline’, those streams are sure to keep on rising.