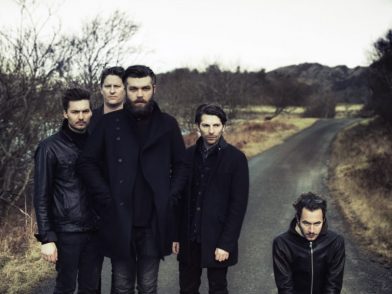 Returning after the mammoth success of 2016’s weekend, Standon Calling is set  with a fresh batch of new additions joining a bill of musical icons, cutting-edge entertainment and fun for all the family.

Kate Tempest will continue her unprecedented rise with an appearance at this year’s Standon Calling. Delivering poetic and straight-to-the-bone tales of personal struggle and modern day society, with latest album ‘Let Them Eat Chaos’ sitting as one of the most unique and multi-layered releases of 2016.

One of the most notable singer-songwriters of the last decade, Scottish-native KT Tunstall is set to bring her infectious folk blues and vintage indie rock sound to Standon Calling as her stunning renditions of ‘Suddenly I See’ and ‘Black Horse And The Cherry Tree’ are certain to be fan favourites across the summer weekend.

In addition, Sheffield folk-pop favourites Slow Club are sure to deliver a spellbinding set of classics and new cuts alike following the release of third studio LP ‘One Day All Of This Won’t Matter Anymore’.

Taking a passion that has flowed through him since his teenage years, Award-winning actor and bonafide DJ Idris Elba will be making his way to Standon Calling this summer, set to deliver a DJ set that spans across genres, styles and generations as he dives right into his vast record collection for a Standon moment that’ll be talked about for years to come.

The incredibly prolific Doc Brown – comedian, actor, and rapper – will make his way to the Hertfordshire countryside, treating festival-goers to the sharp-witted tales of incoming new album ‘Stemma’ – his first dedicated foray into music in over a decade.

Modern disco-spinner Lindstrøm will make his Standon Calling debut this year, soundtracking late-night memories with his contemporary electronic take on disco, whilst South London cutters Horse Meat Disco will bring their own blend of modern dance to the fields. 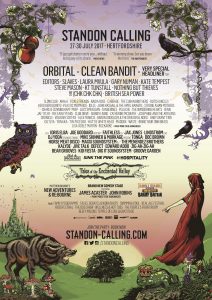 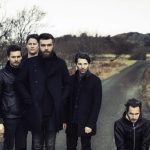