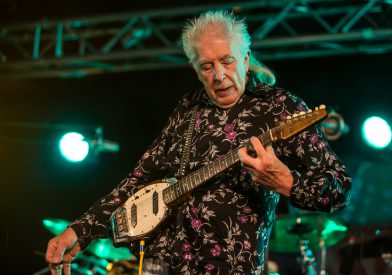 He is one of the most iconic and prolific British musicians of all time in any genre, let alone that which has given him the title of ‘The Godfather of the Blues’.

Now, having amassed over 60 albums in a career that has spanned 6 decades, the legendary John Mayall, will embark on a massive UK tour this coming October.

The shows follow on from the release of his latest album ‘ Talk About That’ earlier this year – an incredible feat, as it is his 65th album of original material.

The guitarist, singer and organist rose to fame in the early 1960’s UK Blues revolution with the formation of his band John Mayall and the Bluesbreakers, who featured a cast of legendary members such as Eric Clapton, Mick Taylor, Peter Green, and Mick Fleetwood in different line-ups of the group.

This has culminated in him being nominated for a Grammy Award, for his 1993 album ‘Wake Up Call’. The album featured special guest appearances from Mick Taylor, Mavis Staples and Buddy Guy.

Lauded with acclaim throughout his career, John Mayall was awarded an OBE for his services to British music in 2005, and was also inducted into the Blues Hall of Fame in 2016.

John Mayall and his band will embark on this lengthy UK tour beginning in Crawley on October 17th, which will also feature very special guests, The Buddy Whittington Band. 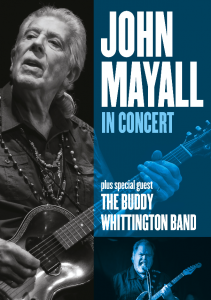 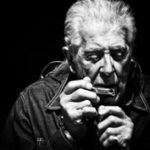 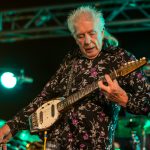