Coldplay set to perform an exclusive concert for Radio 1 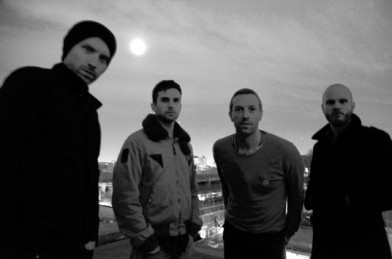 BBC Radio 1 have announced that Coldplay will be performing brand new tracks from their new album in an exclusive concert for Annie Mac (7-9pm) on Thursday 3rd December at St John’s Church in Hackney, London.

The band will be playing songs live from their upcoming album A Head Full of Dreams, along with a selection of their classic hits.

Tickets will go on sale next Monday 16th November during Annie’s show and will be sold on a first come, first served basis to those 16 and over.

Chris Martin says: “Last year we did Big Weekend and about nine other concerts in tiny places, so we’re raring to go.”

Annie Mac says: “There is nothing more exciting than a live gig on Radio 1, I can’t wait to have Coldplay perform exclusively for my show. It’ll be great to hear music from the new album performed in such an intimate setting.”

Tickets will go on sale next Monday (16th November) during the show and will be sold on a first come, first served basis.

For more information on the event and how to purchase tickets, head to the Radio 1 website