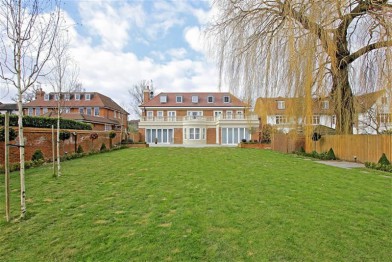 They have been put through their paces during the Six Chair Challenge and Judges’ Houses, and now the final 12 X Factor hopefuls can kick back in the lap of luxury in a seven-bedroom mansion in leafy North London ahead of the first live show next weekend.

Zoopla has offered a sneak peek inside the detached new-build residence – which features an indoor swimming pool, a cinema room, and even a state-of-the-art car lift – where the finalists will be living until the winner is chosen in December.

Located in one of Barnet’s most sought-after streets, the property was previously put on the market for £7million when it was last up for sale in 2013.