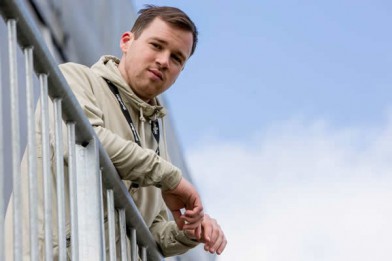 Pop Scoop! nabbed ascendant Norfolk rapper and “poet of the streets” Franko Fraize for a chinwag after his set at Sundown Festival.

He waxed lyrical about working with a full band, performing in front of a big home crowd on his first ever festival main stage, developing his craft as a bar writer and the progression of his sound, the revolutionising importance of smart phones for today’s artists, and what is coming up next – tours, new single – in this inarguably “pucker” 2015 for him. Oi-oi!!