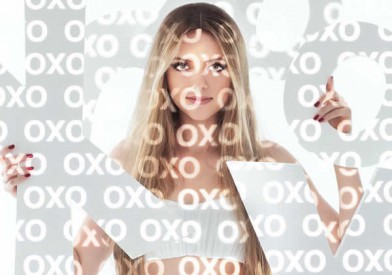 The highly talented performer is not only a singer but also a songwriter, pianist and guitarist. Her musical talents are establishing her as the
artist-to-watch, attracting the likes of top musicians such as Meghan Trainor, who Somerlyn joined on tour this year. She continues to build a
strong fan base and challenges herself by pushing her musical limits. The remix for “O X O.” has already been ranked the #1 song on US Billboard’s
Breakouts Dance Club chart, was #1 most added at dance in its first week, and is continuing to build momentum leading up to the release.

“I wrote O X O about the people who try to bring us down but actually make us stronger by forcing us to believe in ourselves. They push us to prove
them wrong. It’s a song about “haters” written from a more positive perspective that acknowledges the part they play in our journey to reaching
our goals”.