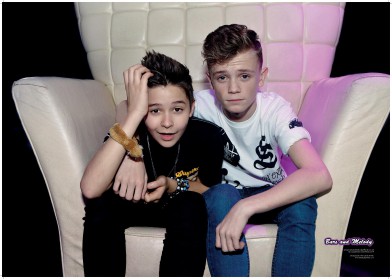 Bars & Melody celebrate the release of their debut album ‘143’ with a mammoth tour of 19 HMV stores – the most HMV stores visited by any act, in one tour, in HMV history.

Access is granted to each event on a first come first served basis with a copy of the album purchased in store from day of release (Friday 21st August).

The video for ‘Beautiful’ gives a nod to the famous Simon Cowell golden buzzer moment on the series. Inspired by Leondre’s experiences with bullying, Bars & Melody captured the hearts of an international audience, which lead to an appearance on the Ellen show in the US and a two week stint as ambassadors in Australia for the Princess Dianna Anti Bullying Trust.

Bars & Melody’s ardent following known as BAMbinos can catch the duo live this summer as they hit the road for an extensive UK tour. The band are currently out on tour playing in Yeovil tomorrow with the final show on August 18 at Brighton’s Komedia.