Simon Cowell: Italian X Factor on Sky Uno is best in the world 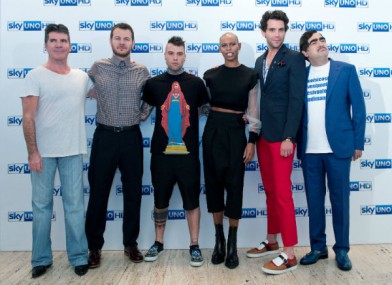 This afternoon during a press conference in Milan to unveil the judging panel for the new edition of X Factor on Sky Uno in Italy, Simon Cowelldescribed the Italian version of X Factor as “the best in the world”.

The show is aired on SkyUno, SkyItalia’s flagship entertainment channel – Italy is the only country in the world where X Factor is seen on pay-television.