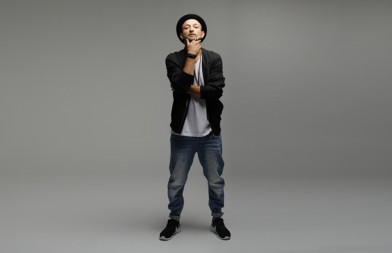 The track features David’s, jazz-influenced vocals, a hip-shaking beat that feels like post-modern trip-hop meets old-school R&B with a message of staying cool and positive, even when surrounded by chaos. Life Goes On’ is a taste of the groove-laden vibe that fans can expect from his upcoming album, ‘Every Colour’ released later this year.

Reminiscent of the classic sounds of Boys II Men and Lighthouse Family, Morin’s vocal blends effortlessly over a rhythmic guitar line and synthesized beat. Morin’s voice, like honey, brings to mind the likes of John Legend and Neyo for both its register and tenor over a complex and diverse instrumental line.

David Morin’s unique fusion of soul, hip hop and jazz has earned him much critical acclaim, taking him from busking on the streets of Vancouver to New York to recording in the same studio as Jill Scott. Growing up in the rough area of Surrey, Vancouver, Morin found escape in his guitar and the hip-hop youth group he joined. He spent his high school years skipping class to sneak into the music room and take advantage of the KORG keyboard, the synth of which, was a revelation to Morin, encouraging an interest in drums, synth and keyboard sounds that has continued and developed ever since.

Continuing to busk even today “It’s a good way for me to beef up my chops musically to try to get a crowd of people to listen when you’re kind of subjecting them to their performance”, Morin’s music is pure, authentic and from the heart. His lyrics tell of a life lived; with highs and lows within his career and hometown.

He sings of real issues we all deal with, be it on a personal or political level. “People don’t even have a chance to realize what they’re up against when their born,” he explains about the blatant political and social injustices that inspire some of his deceptively beautiful songs. “You’re not given the tools to think critically enough; to gauge whether to make the right decisions or not. By the time you start thinking about those things, you’ve wasted so much time.”

Today his show, now perfectly crafted and continually perfected on the streets of Vancouver consists of him and his guitar, making use of loop pedal and his own charm to turn strangers into fans. Morin’s purpose both social and spiritual, is evident in his songs, and none more so than ‘Life Goes On’, the new beginning he’s been working towards.

Take a listen to ‘Life Goes On’ below: