Union J announce new album ‘You Got It All – Released December 8! 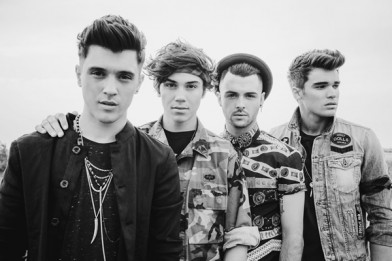 Union J have announced that ‘You Got It All – The Album’ will be released on December 8th, featuring the top ten smash ‘Tonight (We Live Forever)’ and their latest single ‘You Got It All’ which is currently climbing the TV and radio airplay charts.

The band have been writing and recording material both in the UK and US with a number of prolific songwriters including Grammy Award winner Nasri from chart topping band ‘Magic!’ – who penned ‘You Got It All’ – Jamie Scott (One Direction, The Vamps and 5SOS, Jessie), Red Triangle (Little Mix, One Direction), Eric Frederic (Jason Derulo, Cee Lo Green) and legendary songstress Diane Warren (Beyonce, Mariah Carey, Aerosmith).

Reflecting on the album, Union J said: “We have collaborated with some of the biggest names in music and in doing so have made an album that we are incredibly proud of. We hope that everyone loves it as much as we do”.

It’s going to be an exciting end of year for the boys, and a great start to 2015 as they take to the road with The Vamps as special guests on their arena tour. In addition to music, their successful merchandise range includes two books, dolls, stationary, jewellery and their very own fragrance ‘Amaze Me’.
Tracklisting is:

Bonus Track
IT’S BEGINNING TO LOOK A LOT LIKE CHRISTMAS