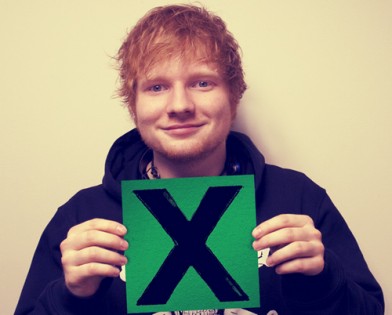 The British singer-songwriter, Ed Sheeran, has just released his second smash hit album ‘Multiply: X’ and it is no doubt one of the best pieces of music that will bless your ears.

The album has already topped the Radio 1 album charts, doing so within the first week of release. Not only that, not just one, but several of the songs featured have made it into Radio 1’s top 10 chart already; a phenomenal degree of success, Ed’s rise to musical prosperity is by far only going up.

Now, there is more to this album than you might expect. Where his former debut album ‘+’ promoted a sound of soft acoustics with the interjection of the ‘rap’ song, ‘You Need Me I Don’t Need You’, Ed has upped his game not only touching on the characteristic sound of his acoustic brilliance but also creating songs such as ‘rap’, ballads and tracks that sound very much like a Bruno Mars jazz track.

But it’s not just Ed’s sound that has been further developed but also the way in which he has still been able to write upon his experiences and the evocative memories that bring deeper, more personal meanings to the songs. What makes Ed such a good singer is that he is able to take these feelings on board and express these emotions so passionately you hear them through how he sings.

If i were to give you some examples, ‘Afire Love’ is a deeply poignant song, based on the passing of his grandfather. ‘Don’t’ is based on Ed’s ex-girlfriend who cheated on him by sleeping with his friend. ‘I See Fire’ was written for ‘The Hobbit: The Desolation of Smaug’ and whilst it seems to be a relaxing song sanctifying the Dwarfs, it is closer to being a passionate song of brotherhood and war…well what do you expect, it is The Hobbit after all. Then we have All Of The Stars; what can i say about this song. Literally words beseech me. This song is incredibly emotive and there is no one who could have sung it with the justice it deserves better than Ed himself.

So all i’ve written about in this review is about how good the album is. In fairness there will be people who may not like Ed’s music, maybe because they aren’t appealed by the rhythmic acoustic or as they purely don’t like his voice. But if you are a fan of Ed and just really enjoy his music then this will definitely appeal to you! As quirky as his ginger hair Ed’s album is definitely one i would recommend buying. The album is out now so why don’t you head down to your local HMV or supermarket and pick up a copy?

Better still at the click of a button you will receive it on iTunes!