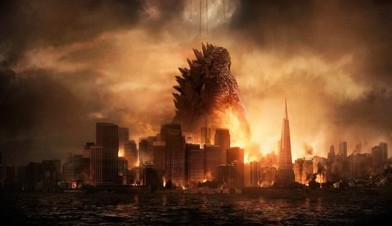 The king of Monsters has returned. In 1998, “Godzilla” was released, causing an outrage by the die-hard fans of the older movies. In fact, the movie was disowned by Toho, the original creator of the series, saying it was a “Zilla” movie rather than what it was claiming to be. However this is set to change with the 2014 movie, “Godzilla”.

With an all-star cast of Bryan Cranston, Aaron Taylor-Johnson and Ken Watanabe, this movie sets out to achieve what no American made Godzilla movie has, match the intensity and popularity of the Toho originals. And it appears they have succeeded.

The Story
1999. The movie opens with an earthquake in the centre of a Japanese city, which sparks a nuclear reaction at a nuclear power plant, which Joe Brody (Bryan Cranston) manages. His wife, in an attempt to save the plant, is killed, leaving Joe and their son Ford alone.

Skip ahead to the current day, and Ford has enlisted in the army and is happily married, while Joe remained in Japan, investigating a supposed cover up. When Joe is arrested, Ford is forced to fly to japan in order to bail him out, however Joe is not done yet. He asks Ford to enter the restricted zone (a section of the city closed off due to radiation leaks). However upon further investigation there is no radiation, but instead a militia patrolling the streets.

They are kidnapped, and shown the cause of the earthquake in 1999. A monster (MUTO (Massive Unidentified Terrestrial Organism)) that sends seismic shocks as it feeds on radiation.

It awakens, and Joe is killed as it escapes from the pen it was kept in. It reveals its wings and flies away, in search of more radiation to consume. Ford is taken to Hawaii, in order to fly home, which unfortunately is where the MUTO is heading. However, the King Godzilla is returning to restore order to the world.

The plot thickens from here, with the appearance of a pregnant female MUTO, and the climactic battle between Godzilla and the two MUTOs in San Francisco.

Cast
The cast, for the most part was spot on. Bryan Cranston fulfilled the role of the crazy fanatic perfectly (though after Breaking Bad it’s hard to imagine him as another character), though due to Joe’s early death, we did not see, much of him. Aaron Taylor-Johnson plays the stereotypical family man slash army guy well, meeting all the preconceived notions pop culture has led us to believe.

The third and final, main player in this movie is Ichiro Serizawa, played incredibly by Ken Watanabe. This character provides the voice of reason and knowledge, and tells the army to “Let them fight!” The supporting cast are also suburb, providing the appropriate level of emotion and the human element needed in a movie about three giant monsters beating each other to death.

Special Effects
The true star of this movie are the monsters. Japanese fans complain that Godzilla is too fat ion this movie, but I disagree. I feel the size and proportion of Godzilla match his strength and mobility (or lack thereof). The MUTOs are sinister and menacing, providing an almost futuristic look. The male MUTO is quick, darting from building to building, flying into Godzilla to tear some flesh away.

The female MUTO is far better match for Godzilla, being around the same height and strength of Godzilla. The destruction was immense, to the level you would expect for a monster movie. However what should be noted as a personal favourite touch is the time and effort put into the physics of this world. When Godzilla first arrives, he approaches from the ocean, causing the water to recede. When he breaks the water and reaches land, the displacement of the water causes a tsunami, flooding Hawaii.

Gore/Intensity
I would like to briefly talk about the maturity of this movie. While waiting for this movie to go begin, I noticed many younger audience members waiting eagerly in their seats. However by the end of the movie I realised that it was extremely dark in nature. During the aforementioned tsunami, there is no close call for all the civilians at the beach. Nearly all of them are swept away, presumably to death. Finally getting into extreme spoilers, the death of both MUTOs are extremely violent. The male MUTO is atom blasted (laser type weapon used by Godzilla) and as it falls, Godzilla spins, using his large tail to crush him into a building. The female MUTO is grabbed by both jaws (think King Kong snapping the T-Rex’s jaw) and as its mouth is open, Godzilla atom blasts down its throat until its head melts away from its body. I felt this to, while being relatively gore free, mostly inappropriate for the under 10s that populated the theatre.
Comments
These are some general comments/things in noticed or made during the movie. 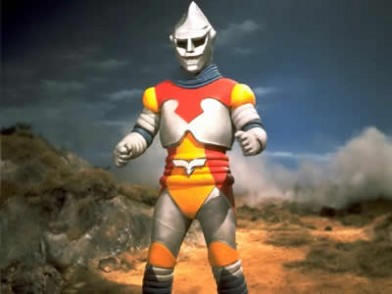 Verdict
For a franchise that was supposedly dead and buried, the 2014 instalment in the Godzilla franchise has proved to be one of the strongest, mixing anticipation and action perfectly, while still maintaining a plausible, yet sometimes long winded human story. The special effects and cinematography were spot on, providing a great sense of scale and fear for this movie. Overall it was an incredible thrill ride, and not losing my attention for a single moment.