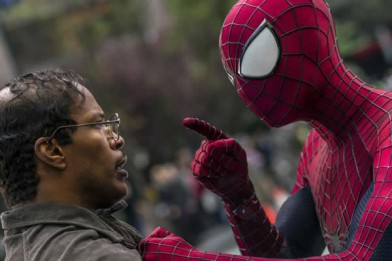 This instalment of the new Spiderman franchise is Andrew Garfield’s (Spiderman/Peter Parker) second outing as the title character, it is also Emma Stone’s (Gwen Stacy) as Peter Parkers love interest. This is in essence what the film ends up being, a love story/tragedy.

Although the director Marc Webb, has endeavoured to make an action movie, which in part he has, it spends a lot of time padding out the complicated trials of Peter and Gwen’s on off relationship, which was good for the overlaying story but in my opinion made the film too drawn out. Try in to tie up loose ends from the first film and then lead into the next.

Marvel fans will know the back-story, so if you’re not familiar with the comic books this will do its job. I just think too much time was dedicated to it! 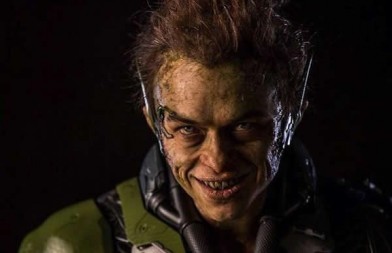 Dane DeHaan is outstanding as Harry Osborn and The Green Goblin

In the second half of the film we get to meet the estranged best friend of Peter Parker, Harry Osborn (Dane DeHann), eir to the Oscorp empire Harry has been away traveling and comes back to New York because of his fathers immanent death.

The events that follow push Harry to become one of Spiderman’s most famous adversaries The Green Goblin. We do not see too much of him, maybe another lead into the next film. DeHann gives a very good performance, but we do not see enough of this very talented young actor.

In all I think the film is maybe a bit too drawn out but, all the action sequences are amazing and brilliantly shot. In my opinion this film is worth a watch, but get comfortable, as it is quite long.