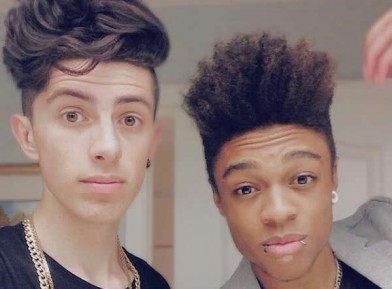 Sam Pepper and Mazzi Maz are two of the world’s most versatile and accomplished superstars, having garnered millions of fans across their social channels. The two are known for their work as a hosts, live performers, and as creative genius’ whose natural charismatic personality coupled with their unique ability to present the contents of his videos in a captivating way, has won the hearts and eyes of millions of views.After the success of Sam and Mazzi Maz’s live performances at the Avalon in Hollywood, House of Blues in Chicago, and the Gramercy Theater in New York, we are excited to announce that Sam and Maz will be taking their show to the UK and Ireland and extending the #WDGAF world tour.

Original and fresh new music, audience interaction, and some outrageous sketch comedy will all ensue on the upcoming tour. Get your tickets and follow!

Tickets on sale now at www.aeglive.co.uk