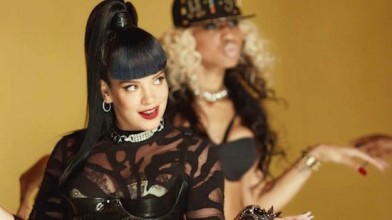 Award winning, chart topper Lily Allen, most recently back at the top of the charts with her latest release ‘Somewhere Only We Know’, after taking a break, is to perform at a major one-off concert, City Rocks at the Royal Albert Hall on 1 April 2014 in support of Coram, the World’s oldest children’s charity which is celebrating its 275th birthday this year.

Tickets go on sale at the Royal Albert Hall box office at 9am, tomorrow Friday 10 January.

Lily will be joined on the night by additional guests – including Maverick Sabre, who has been championed by BBC 1 and 1Xtra’s MistaJam’s ‘Ones to Watch’ and whose debut album charted at No.2 in the UK chart; and Sophie Ellis-Bextor, most recently a finalist on ‘Strictly Come Dancing’ and due to launch her new album later this month.

More performers will be announced shortly.

Coram, the charity for whom this spectacular concert is being held, and which has been helping vulnerable children to have better chances in life since it was first established as the Foundling Hospital in 1739, has been selected by the Royal Albert Hall as its first ever Charity of the Year for this event.

Coram has had a long and unique history linked to music and the arts ever since distinguished artists such as Handel, who was one of its first Governors, gave fundraising musical performances in support of the charity and even donated a manuscript of his famous music ‘Messiah’.

City Rocks has been created to celebrate this unique history with the support and performances of top musical artists of today.

The first City Rocks event was held in 2011 as the first ever rock concert in the City of London. Headlining Bryan Adams, it was an outstanding success, held at the Guildhall and the largest event in its 900 year history. It was the lead event of the Lord Mayor of London’s Charity Appeal and Sir Michael Bear was the Lord Mayor at that time. He is now President of Coram.